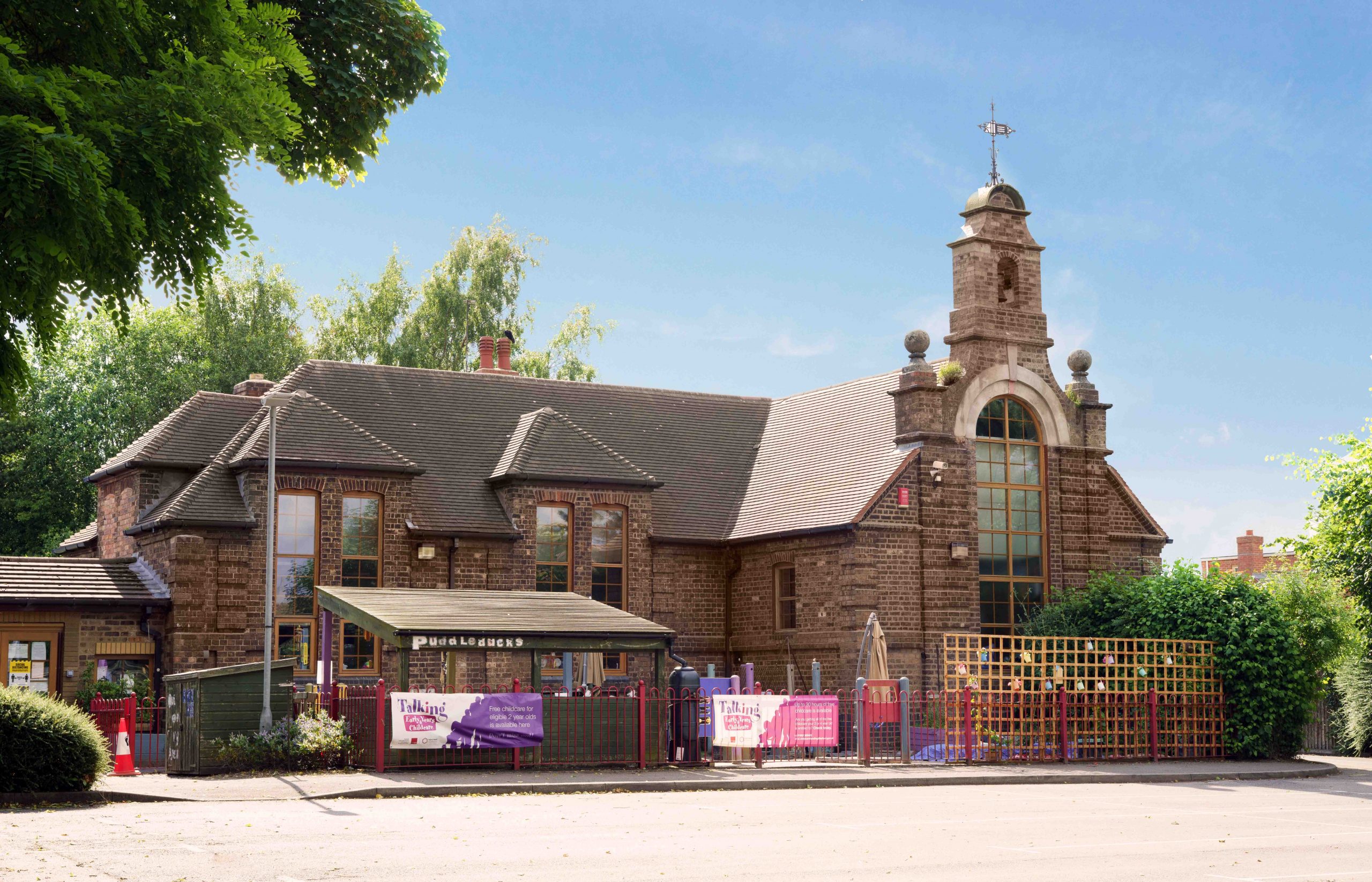 Duration: 30 minutes at a steady pace.

Suitable for pushchairs and cyclists.

The communities consisted of cottages and houses grouped in courts or “folds” around a complex arrangement of roads and tracks; some being former farmsteads.

Dawley Bank, along with Lawley, is mentioned in ”A Shropshire Lad” (1940) by Sir John Betjeman about Captain Matthew Webb, born in Dawley who famously swam the English Channel in 1875. Link to Captain Webb?

With the establishment of a congregation of Baptists in Dawley Bank in 1817, land was set aside for a cemetery in neighbouring Lawley Bank in 1871. A prominent grave marker at the entrance is dedicated to 5 Deacons of Dawley Baptist Church.

Exit the Cemetery and continue up Cemetery Road passing Powis Place on your right. If you glance down Park Road, the white brick factory on the left is the former “Pyjama Factory” (Clifford Williams & Co Ltd) and previously the Malinslee National School.

At marker sign (40) take the footpath on your immediate right which takes you in front of the modern Baptist Church.

John Fletcher of Madeley first held services in cottages in 1817. Baptisms were conducted utilising a pool amongst the pit mounds. A small chapel was erected in 1846 on the site of a Bull Bating ring to accommodate 200 worshippers with a Minister’s House close by. As numbers of worshippers increased, a gallery was added in 1851.

In 1860, the chapel was re-built to accommodate up to 600 worshippers, constructed of striking blue, red and yellow polychrome brickwork with an interior gallery. Congregations remained large until the late 1960s. The chapel was demolished in 2000 and replaced by the current Chapel and Community Centre. Possible current photo?

Continue along the footpath to the front of the local shop by marker sign (41).

A number of cottages and shops formed Dawley Bank’s “high street”. Behind the Baptist Church stood S. Jones Grocers, which incorporated a Post Office. Nearby was a wheelwright, blacksmiths, shoemakers and a funeral parlour.

The first chapel was erected in 1818, later replaced by a larger building for services catering up to 400 people in 1840. Encompassed by a stone wall, the building had a three-bay rendered front with pediments based on a classic design.

The Chapel was used for worship until the 1950’s with services transferred to the Sunday School next door. In 1963, it was occupied by Cuxson Gerrard & Co Ltd for their Dawley Works manufacturing medical equipment; later converted into a Garage before being demolished in 1976.

The Wesleyan Sunday School was erected in 1907 with pupils moving from the former school on Station Road in March 1908. Six dedication plaques, the Trustees of Lawley Bank School can be seen at the foot of the frontage. They include William Owen, the so called “Bishop of Old Park”; a former coal miner who lived on Collier’s Row.

Another plaque is dedicated to Reverend Samuel Parkes Cadman; born in Wellington in 1864. By 1895, Cadman moved to America setting up a Church in Brooklyn, New York where he preached for 35 years until his death in 1936. An area in Central Park is dedicated to him. After the school closed; it was used for worship after the adjacent Chapel was demolished. Later it was used by Telford Gospel Church. Today it is private flats.

[JH: Photos of the plaques?]

According to “The History of Wesleyan Methodism at Lawley Bank” by W.H Barclay (1858), there were several ale houses in the locality (circa 1 798), “notorious for wickedness, gambling and drunkenness even on the Sabbath day”. So rife was the problem that Samuel Taylor, a Wesleyan Minister, visited the village in 1800, so appalled he set up a chapel in a cottage called the Barnfold, determined to combat the problem by preaching the glorious gospel to the masses.

The Bull’s Head is the oldest public house in Dawley Bank. There have been successive landlords since the 1800’s. They include W. Dunning (Victualler, 1856), Harriet Davis (1879), Benjamin Bailey (1891) and Thomas and Percy Grice (1909- 1959). Other public houses were the Red Lion by Park Road, the Queens Head adjacent the local shop and the Unicorn.