In 2018, Lawley and Overdale Parish Council took part in the There But Not There project. 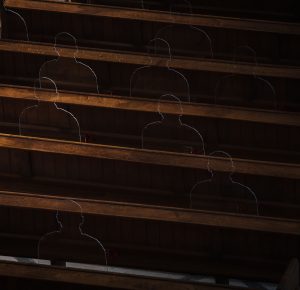 There But Not There was a project aimed at placing transparent silhouettes representing those who were killed in the First World War back within their local communities for Remembrance 2018, the centenary commemoration of the end of the 1914-1918 War.

The project’s goals were to “Commemorate, Educate and Heal”.

There But Not There project grant 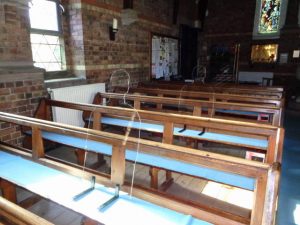 The extensive work in support of remembrance projects undertaken by the Parish Council in 2018 was recognised by the Armed Forces Covenant, which awarded the council with a grant. This enabled us to fund the installation of six silhouettes in places of worship across the parish.

The silhouettes were provided by the “There But Not There” project to represent those from the Parish who lost their lives in the First World War and symbolically place them back within the communities they were lost from.

Two of the silhouettes were placed in Dawley Baptist Church, in Dawley Bank. The rest were installed at St John’s Church in Lawley and The Rock Methodist Chapel.