Do you want to book Lawley Community Centre as a venue for your own group or event? Download the booking form below. Hiring costs are included in the document. 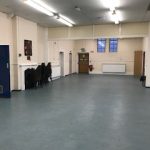 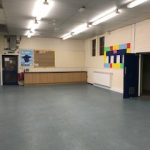 Lawley Community Centre main hall, view from the ‘back’. 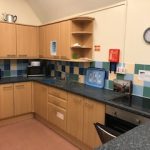 Lawley Community Centre is located within what remains of the original Lawley Board School, opened in 1877 with admissions of 78 mixed pupils and 20 infants in separate departments. By 1884, the building’s interior had been amended to combine departments, with school attendance levels rising to an average of 200 by the 1900’s.

The school remained an all-age school until 1965 when seniors were relocated to secondary schools. In 1980, Lawley Primary School utilised the original Victorian building and several external classrooms.

Now Lawley Community Centre, it serves the local community as a venue for all kinds of groups and parties, ranging from Puddleducks Nursery to birthday parties.

Where to find us