In the run-up to Remembrance, you may have already spotted that our Parish Environmental Team was out this week installing lamppost poppies all around the parish. Along the way, they discovered a mysterious knitted tribute had appeared in Lawley Square.

These will remain up until just after Remembrance Sunday, when we will be holding our Community Act of Remembrance. Starting at 10:45am on Sunday 13 November at Lawley War Memorial, we invite everybody to come and honour the memories of the fallen with us.

We’ve also spotted that a knitted Remembrance tribute has been placed on top of the post box in Lawley Square, replacing an earlier one that had been added in honour of the Queen’s Platinum Jubilee. Thanks for your efforts!

And if you see any other, similar tributes anywhere else in the parish, do let us know and send us some photos! 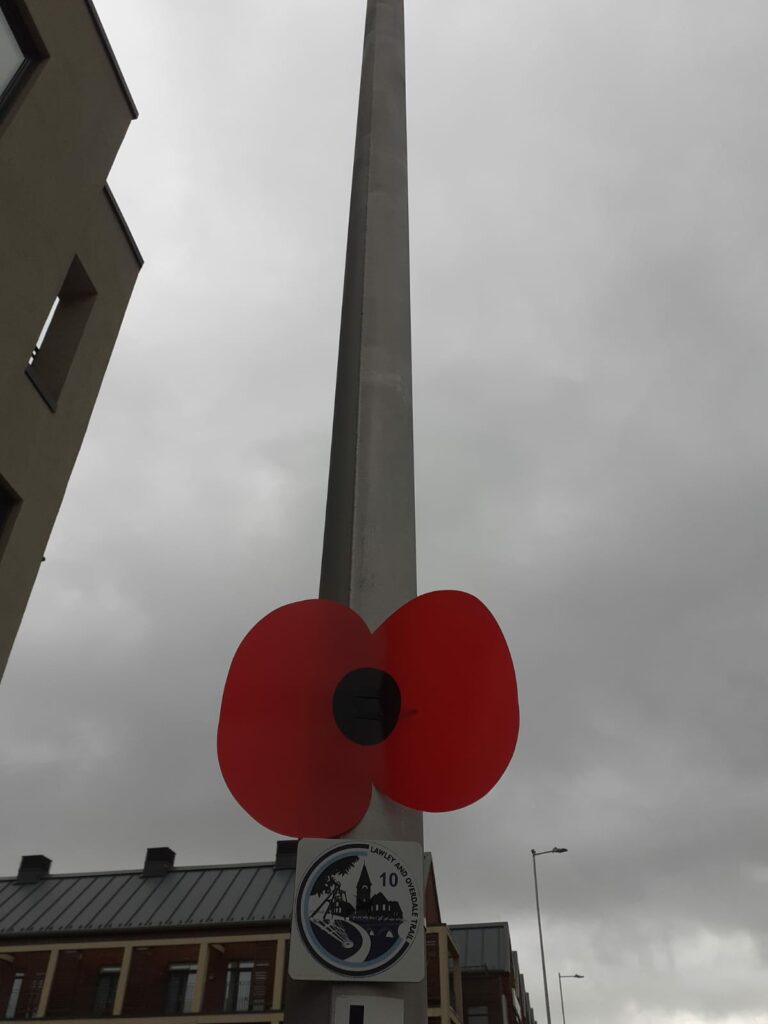 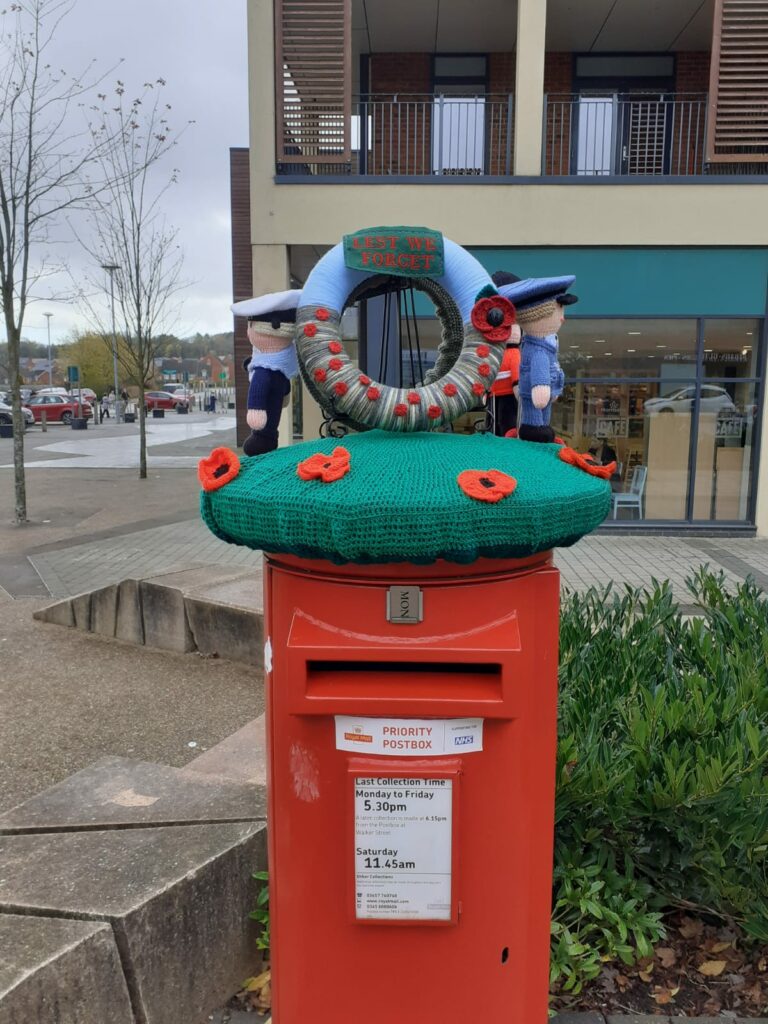 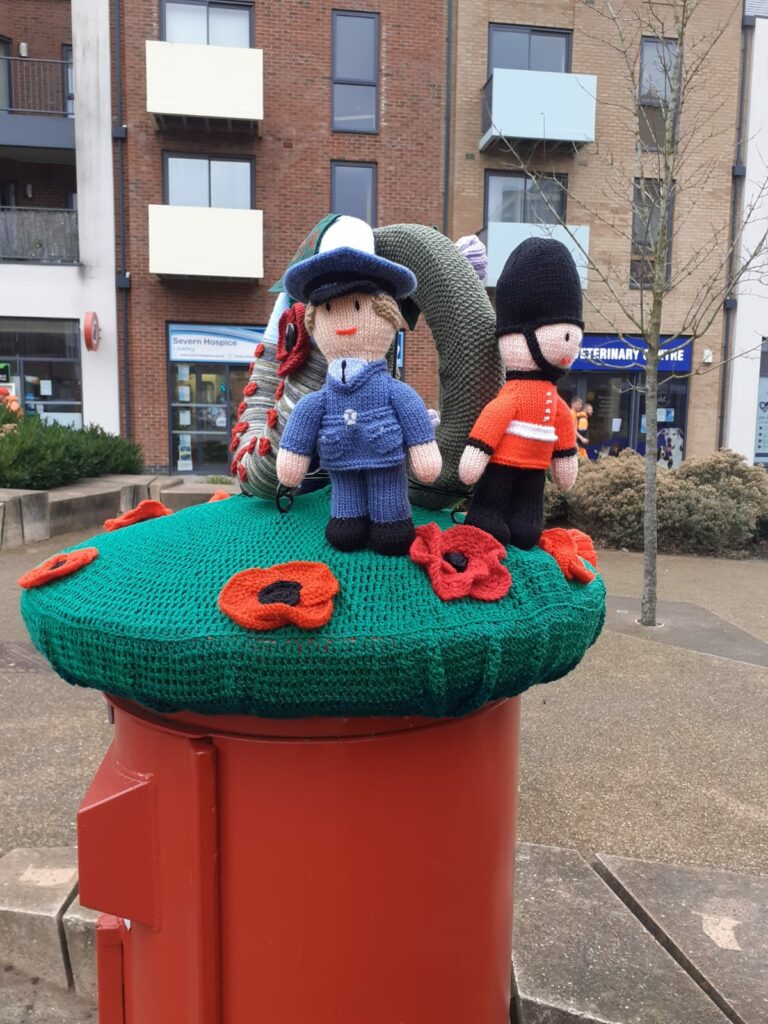 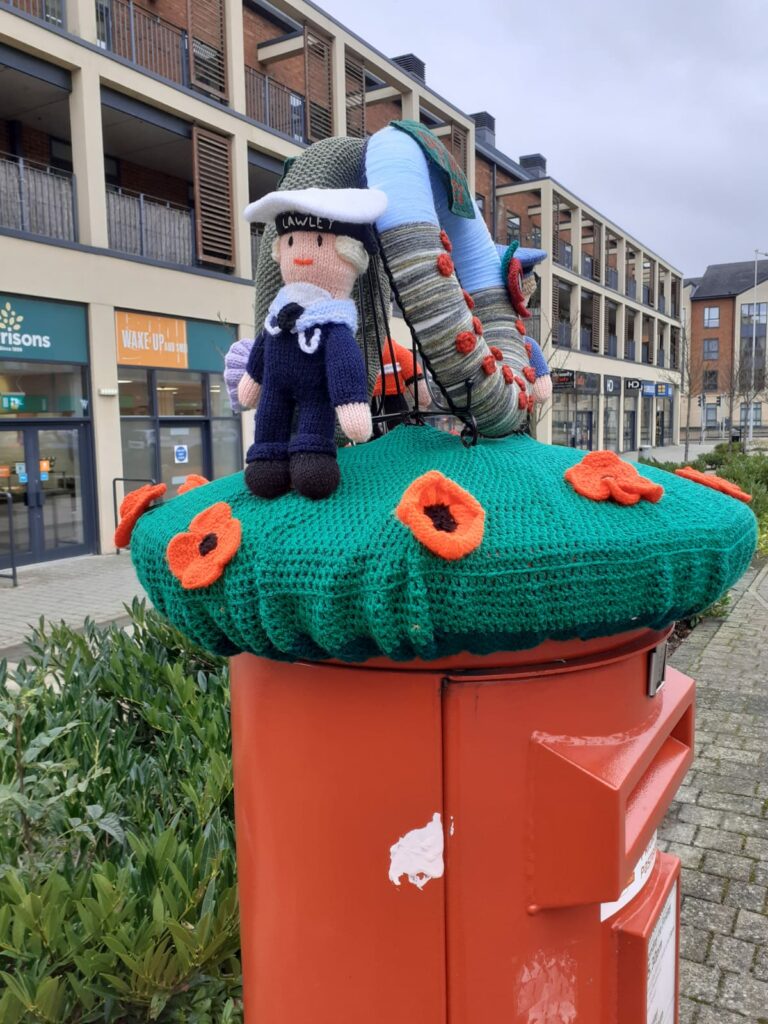